Today’s Museum Monday treasure from the Museum of American Glass in WV is a Wheatonware candlestick in the Cerama pottery opal glass line, decorated with 24-karat gold. This was one of a large number of pieces made in glass that was designed to look like fine porcelain – think of Lenox or other bone china manufacturers with an ivory glaze. While technically these pieces are a form of milk glass, they do not have the dead white or slightly grey look of so much milk glass. The Cerama line was probably largely sold at Wheatonware home parties in the late 1960s and early 1970s, but also appears in at least one known retail catalog.

We have several other examples of Cerama in the collection, including an ashtray and cigarette lighter, a vase, and a number of items used for serving at the table, including a sugar and cream set, a small salt and pepper set, a taller salt (probably also originally part of a set), and a couple of different condiment jars. Almost all of them have the 24-karat gold trim, some including a Golden Wheat decoration.

It is interesting to note that if you had attended one of those Wheatonware parties, the Cerama pieces with their elegant contemporary look would have stood out, since this was the time frame when Wheaton’s real specialty was reproductions of early American glass made in brilliant 1970s colors from moulds acquired from Kemple, which in turn dated back to the early 1900s. 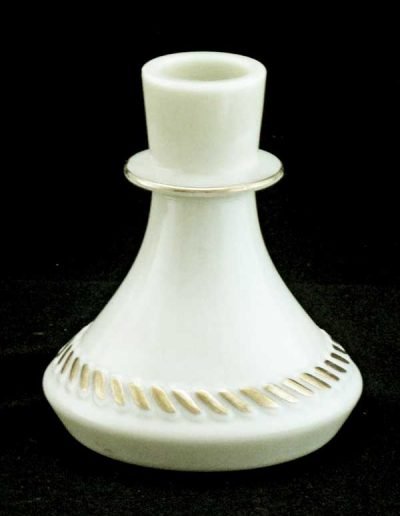 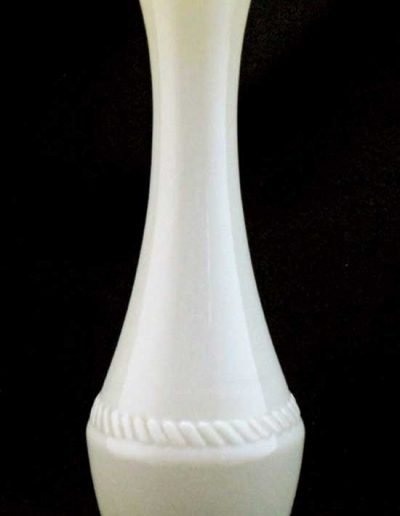 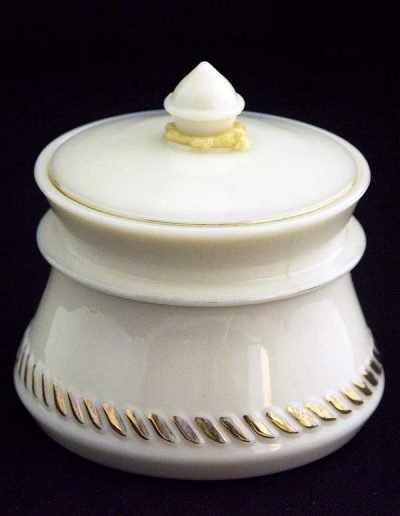 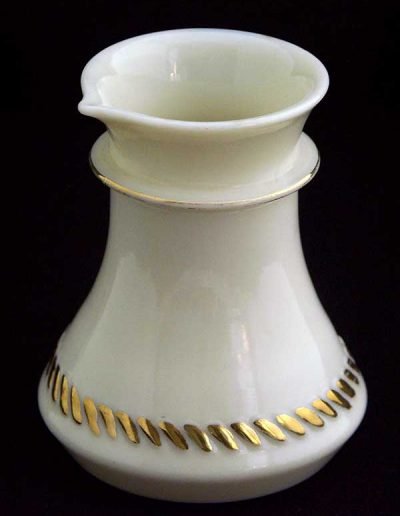 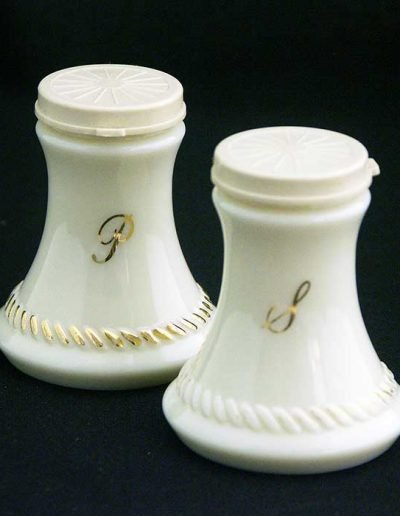 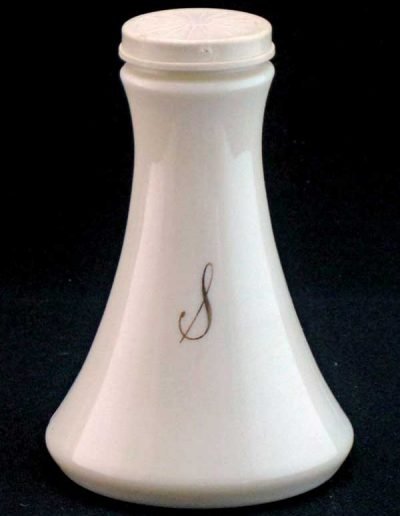 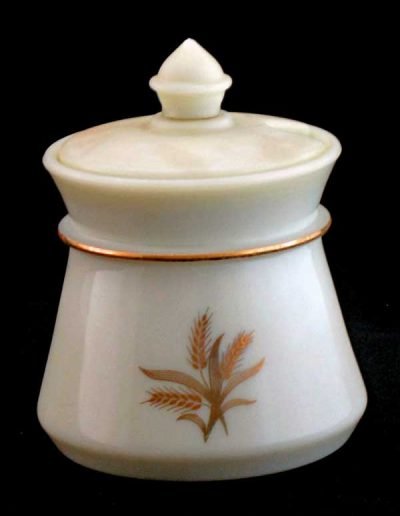 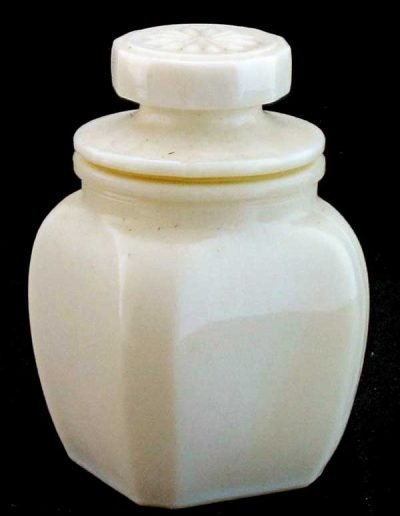 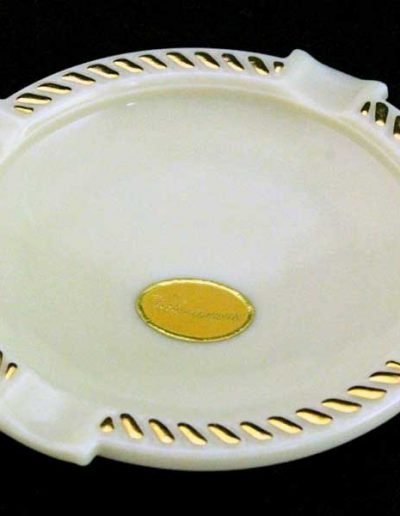 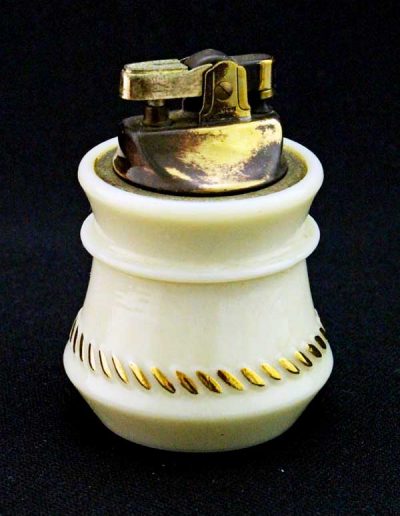 ← After the Parade Vase by Kelsey Murphy Steuben's No. 8234 Candlestick →