Today’s Monday Morning treasure from the Museum of American Glass in WV is a cream and sugar in the Westmoreland Glass Specialty Company’s Elite pattern. Our sugar bowl is missing its lid, but the rim can clearly be seen. Design patent No. D25,194 for this pattern was filed October 30, 1895, and issued February 25, 1896. The designer was Benjamin Bennett of Grapeville, Pennsylvania. The term of patent was 3 1/2 years. I don’t know if Bennett was associated with Westmoreland at this point in time, but he has two earlier patents that suggest he was working freelance: one from 1885 that was witnessed by Thomas W. Bakewell and another from 1892 that was jointly filed with H. Sellers McKee.

At some later point, the sugar bowl was reissued, but flattened out with carnival finishes in marigold, amethyst, and blue opal. Most likely this would have been around 1915 to 1917. The carnival bowl is 8 ¼” in diameter, but can be recognized as having originated from the sugar bowl, because it has the rim around the edge.

Before the original manufacturer’s name was discovered, collectors called this pattern Pillow and Sunburst, and at least one carnival glass book refers to it as Pillar and Sunburst. 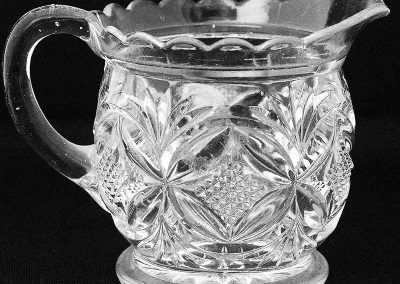 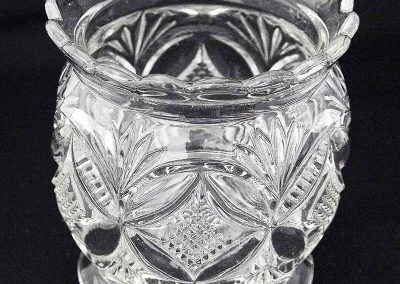 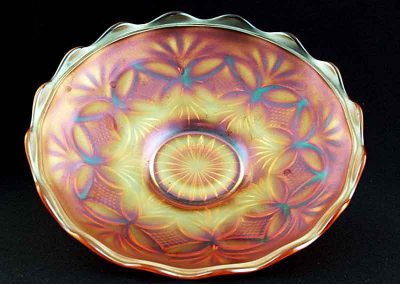