Today’s Museum Monday treasure from the Museum of American Glass in WV is a Vitrix Hot Glass Studio paperweight, with a swirled white ribbon motif with a center-controlled bubble, cased in clear. Vitrix was formed in 1979 by brothers, Matthew and Thomas Buechner III in Corning, New York, “America’s Crystal City.” That designation was largely because of Thomas Hawkes, who had established a large cutting company in the downtown area. The Hawkes building, still proudly displaying his name, became the home of Vitrix Hot Glass Studio. According to the website, https://www.vitrixhotglass.com/, artist Tom Kelly is the current owner and master glassblower at Vitrix, working with his brother, Bob, and a handful of other talented glass artists. Tom spent over a decade under the tutelage of Thomas Buechner III developing his aesthetic sensitivity and the varied techniques he has used during his thirty-plus years at the furnace.
Also in our collection are four mini egg paperweights (2” high), three with pulled feather designs and one threaded in red and grey. These date from 1984. Another irregularly shaped paperweight with four “arms” with pink pulled ribbons cased in clear is from 1987.
Next up is a Spyrograph, a clear disc with pink and white swirls, from 1990. It is in the original box with a label on the back: “This Vitrix Spyrograph was handcrafted in Corning, New York, using rods of colored glass swirled inside molten clear glass. Designed to hang year-round in a window or once a year on a Christmas tree, it is signed and dated by the studio.”
And, finally, we have a beautiful perfume bottle. It has a blue core cased in clear with a crystal swirl twisting around the body. It is signed on the bottom: “T. Buechner 1996.” 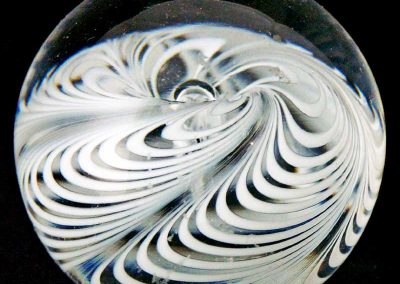 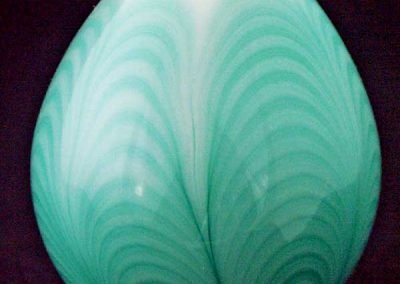 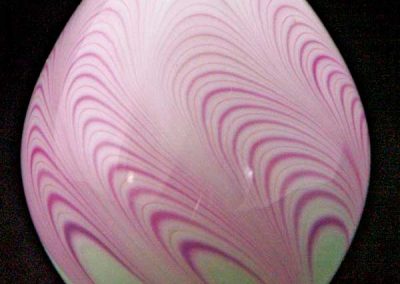 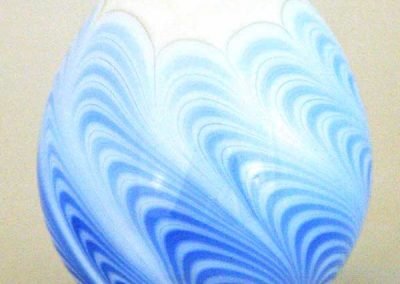 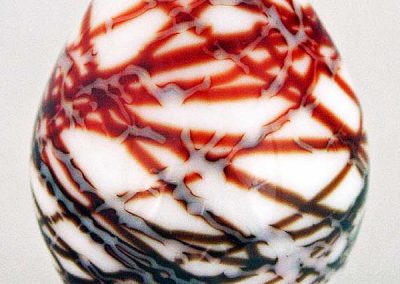 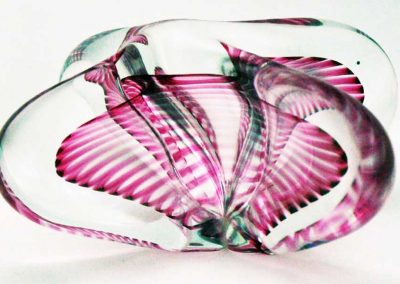 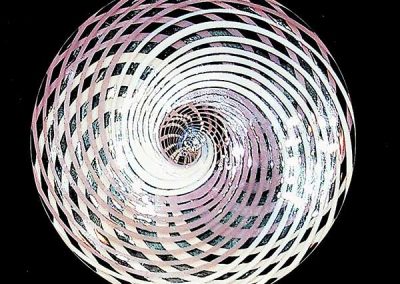 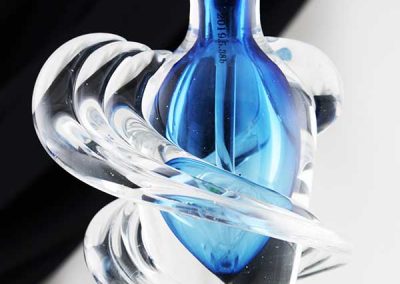