Today’s Museum Monday treasure from the Museum of American Glass in WV is a four-piece Burmese fairy lamp in satin glass with separate lamp cup and candle holder, also in Burmese. It was made by studio glass artist Terry Crider in 1976. He is also well-known for his paperweights. We are fortunate to have three of them in our collection, as well as a small vase. Many of his works have beautiful iridescent finishes and, in fact, early in his career he often bought small gift items from various companies and applied a carnival finish to them. The final picture is an example of his work from this period, a Degenhart’s Crystal Art Glass Stork and Peacock child’s mug (AKA: Heron and Peacock). It is signed on the bottom Terry Crider. 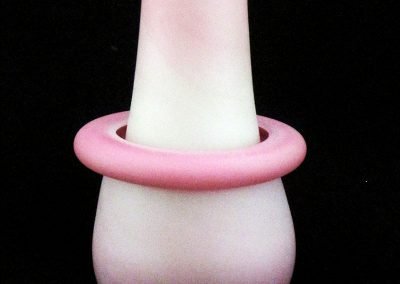 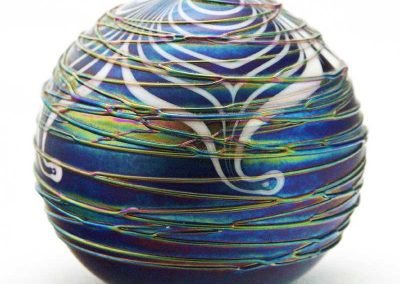 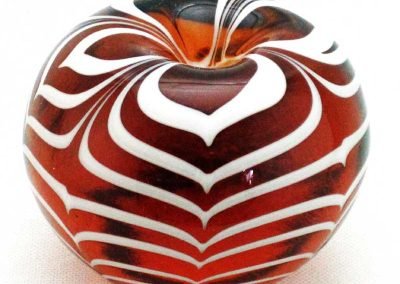 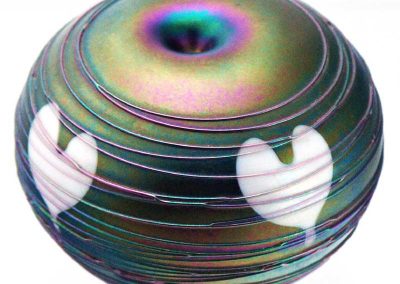 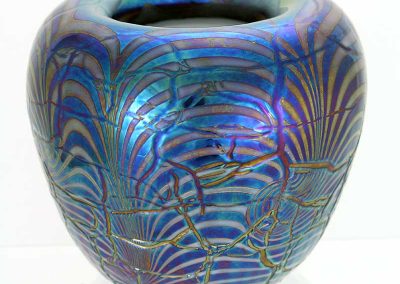 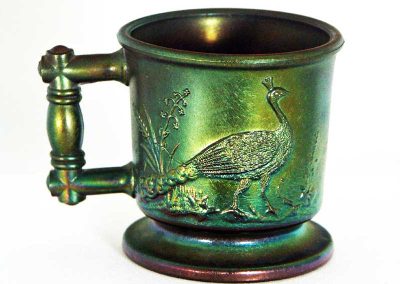