Today’s Museum Monday treasure from the collection of the Museum of American Glass in WV is Steuben’s No. 8234 low-scrolled candlestick from the post-Carder “modern” period, designed by Paul Schulze and made circa 1968-1969. Notice the plume-like arms and how contemporary they appear when compared with the elegant use of similar plume-like forms in the No. 7208 candlestick, designed by James McNaughton, and made 30 years earlier, circa 1938. Candlesticks were always a significant part of the production of Steuben throughout their existence. Turning to our archives, we have a postcard portraying a “gaffer” being watched by visitors as he puts the finishing touches on one of Steuben’s classic design candlesticks. Two other postcards feature console sets designed by David Dowler in 1985. 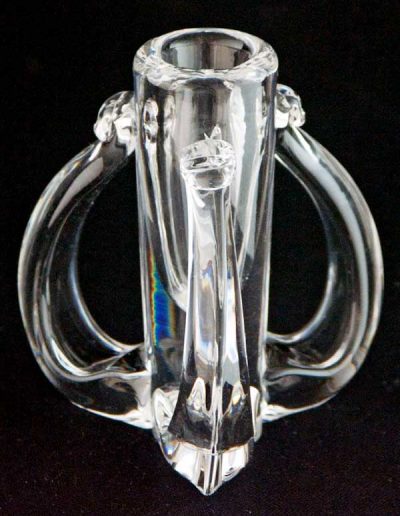 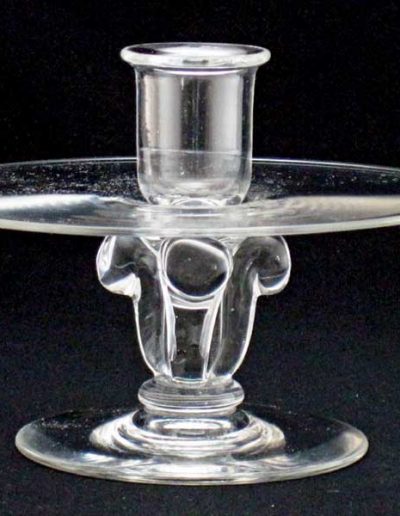 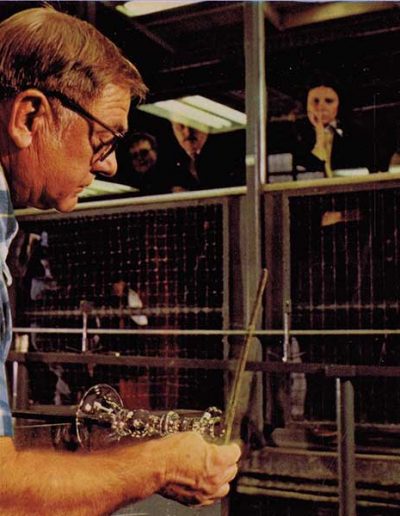 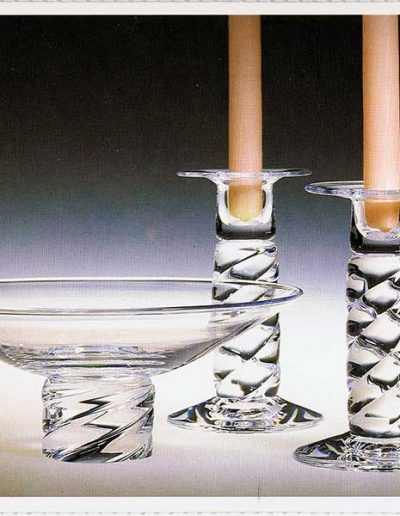 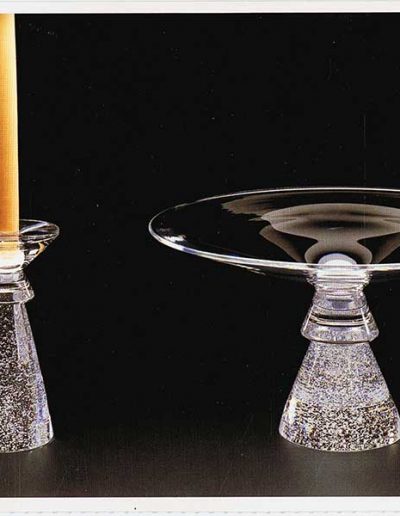