Today’s Museum Monday treasure from the Museum of American Glass in WV is a trade card from P. J. McElroy, practical glass blower, 137 Bridge Street, East Cambridge, Mass., featuring McElroy’s syringes. The syringes are patented September 24, 1872, so it is likely this card was issued sometime in the 1870s. We also have two examples of his syringes in our collections, including an Aseptic Sub-Q syringe in its original metal case.

McElroy continued to offer his syringes to the medical community for at least three decades. We have two advertisements in our archives, one from Weekly Drug News and American Pharmacist, January 6, 1883, and the other from an unidentified publication, 1898. The envelope in our archives is not dated, but most likely is from the 1890s, while the letter (addressed to mould maker, Charles Yockel) is dated October 18, 1901, and indicates that by this time McElroy was also offering atomizers.

We are so accustomed to living in a world where syringes are made of disposable plastic, that we forget that manufacture of medical glassware was actually an important industry and part of the heritage of glass making in the United States. 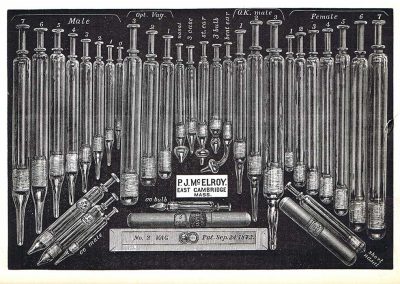 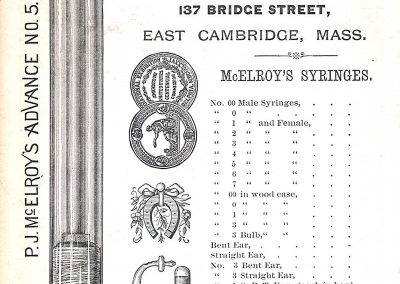 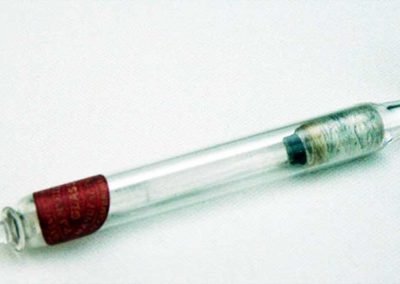 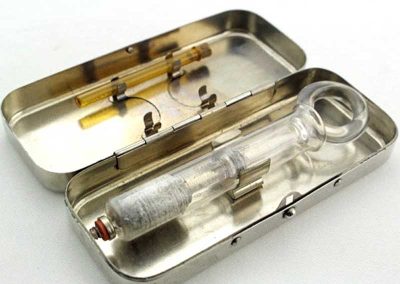 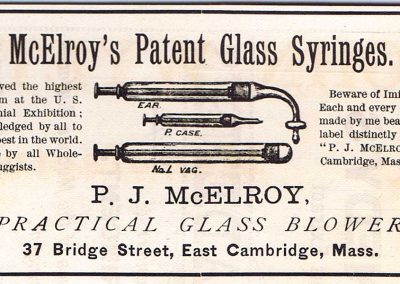 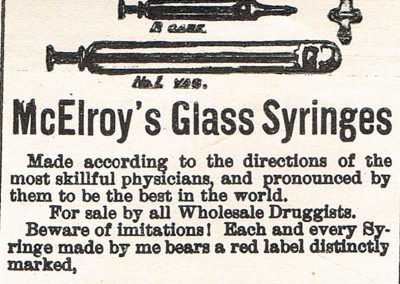 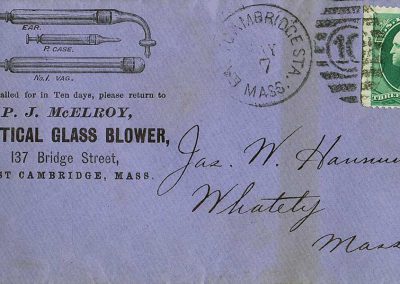