“The Power of Imagination comes alive when you design a Marble” 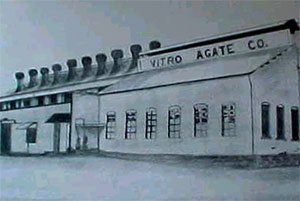 History of the Vitro Agate Factory in Parkersburg, West Virginia

Written by former owners of The Vitro Agate Corporation
(original edit by The Marble Museum and, in 2008, edited again by The Museum of American Glass)

Henri Arthur (Art) Fisher, Lawrence E. Alley and Press Lindsey founded The Vitro Agate Company on April 19, 1932 at Vienna, West Virginia. In the late 1930s, Fisher and Lindsey bought out Alley, and later Art Fisher bought out Lindsey. The original marble-making machines used by Vitro were designed and built by Mr. Fisher. In, May 1945, the company moved to a larger building in Parkersburg.

Plant Managers over the decades of operations have included Howard Hildreth, Blaine E. Lemon, D. I. Gandee, Richard Ryan and Lewis L. Moore. Lewis joined Vitro in 1950 and became manager in 1982 (he is now retired).

In September 1987, Richard J. Ryan, former plant manager and his partner Timothy Sullivan purchased the Vitro Agate factory. They created a new line of marbles with new packaging and labels.

This is a most impressive list. The Museum of American Glass wishes to thank the donor over and over! 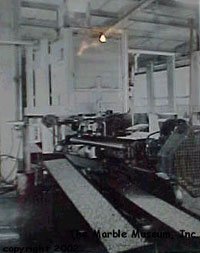 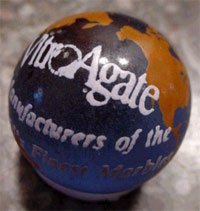 The Museum of American Glass is especially interested in donations of Vitro Agate Company marbles, additional letters or documents, original packaging and Fisher “Jewel Trays” to add to the Vitro Agate Collection.