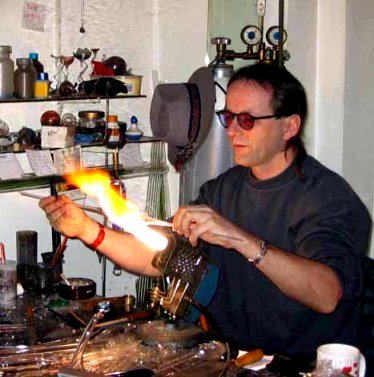 Jurgen Heintz was born in Germany in 1960. He started his career as a scientific-glassblower at Schott Glass in 1976. He later worked at several other glass companies to improve and learn new skills, while working in his own workshop experimenting with color and design.

In 1983 he opened his own studio near Heidelburg, Germany. In 1985 he had the opportunity to move to another historic town in Germany Baden-Baden and established a studio and gallery. He later returned his home county, near Freiburg in 1999 and reestablished a studio where he works as a craftsman today.

In 1999 Jurgen Heintz made his first marble, and this art medium became an obsession, when he realized the endless possibilities. “I love to create small worlds in a sphere and experiment with new designs.” Each of his marbles are handcrafted and without the use of a marble mold. Every marble is a unique work of glass art.”

Jurgen Heintz comes from a long heritage of scientific-glassblowers, which spans over five generations. “I always try to combine artistic inspiration with technical skills to obtain the best possible results.”

The Museum of American Glass in West Virginia wishes to thank Jurgen Heintz for donating to The National Marble Museum Collection. His unique designs are now part of the marble display. 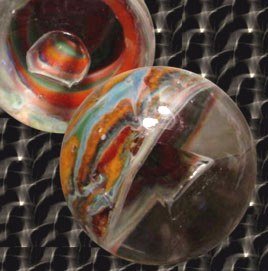 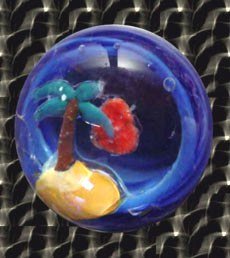 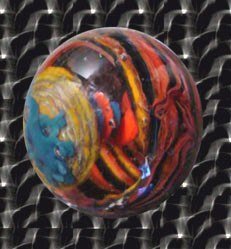 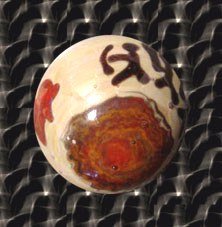