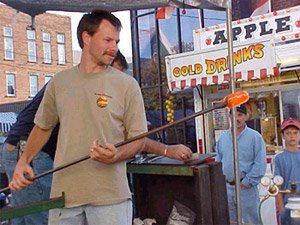 Playing with a Firestorm

History: Eddie Seese was born in 1974 and grew up in Ellenboro, West Virginia. He is currently working for the famous Fenton Art Glassworks. In 1999 he begin making handmade art glass marbles. “I instantly realized the endless possibilities of color and technique that could be expressed in a glass sphere.” In 2001 Eddie completed his own glass studio at his home in Belmont, West Virginia, where he resides with his wife Bobbie and daughter. He makes single gathered and cane marbles from a glass tank and large solid colored marbles from a “glory hole”. “After three years I’ve gotten to where I want to be, out in my own studio crafting these beautiful spheres, which seem to amaze and bring enjoyment to people of all ages.” 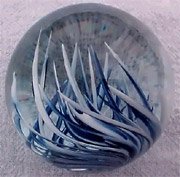 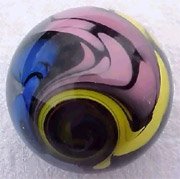 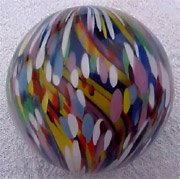 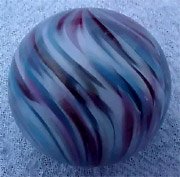 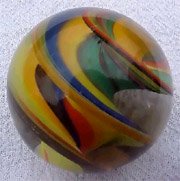 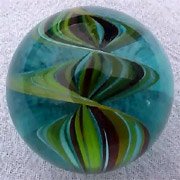 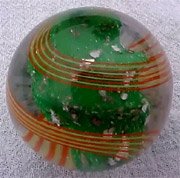 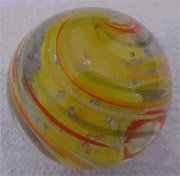 The Museum of American Glass in West Virginia wishes to thank
Eddie and Bobbie Seese for their wounderful donation to The National Marble Museum.
Their colorful choices are now part of the marble display.

Please take time to write them.