Today’s Museum Monday treasure from the Museum of American Glass in WV is a commemorative cream bottle from the Liberty Glass Company, issued by the Oklahoma County Agents Association. It identifies Sapulpa, Oklahoma, as “The Glass Center of the Southwest.” It may come as a surprise that Oklahoma was a major glass production area. The best known of the Sapulpa companies was Bartlett-Collins, but it was also home to a number of bottle companies. Liberty Glass Company was founded in 1918, named in honor of the Liberty Bonds being sold in support of the United States Government’s participation in World War I. Liberty Glass was sold to Foster-Forbes in 1984 and went through various changes of ownership. It still operates today as Ardagh Glass, Inc., manufacturing glass containers.

Among other items in our collection is an advertising paperweight made in 1920, clear and painted gold with an images of a milk bottle with the Statue of Liberty embossed on it. The company continued to emphasize their patriotism with a metal token (3 ¾” diameter) issued in 1926 for the United States Sesquicentennial that feature an image of the Liberty Bell on one side and a milk bottle on the other side. A letter in our archives dated April 1, 1933, has a great vignette of the factory, as well as the same Statue of Liberty bottle seen on the paperweight.

A unique piece of ephemera from the company is a set of six Magic Age Cards from circa 1946. Instructions on the envelope state that anyone’s age (or a secret number) can be guessed by having the individual pick out all of the cards with that number. The trick is accomplished by adding the numbers in the upper left corners. The backs of the cards have advertising slogans and photographs of Liberty’s new Econotainer milk bottles, touting the virtues of square milk bottles over the round ones previously made by most milk bottle producers.

A final unexpected object in our collection is a license plate recommending that you Buy in Glass. 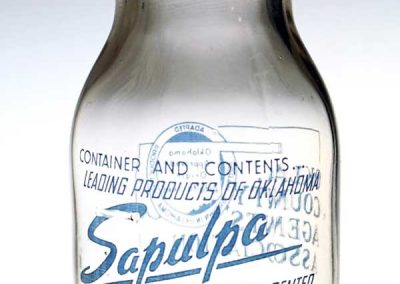 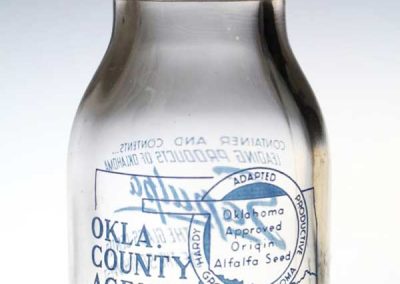 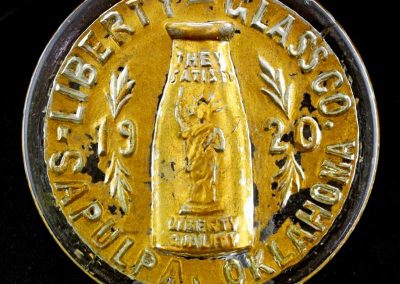 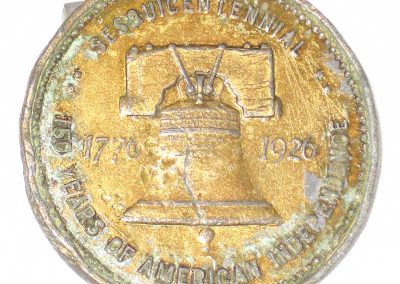 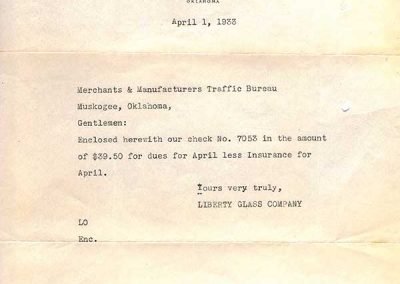 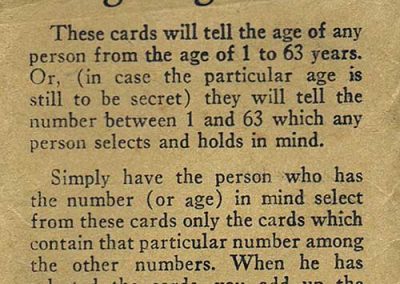 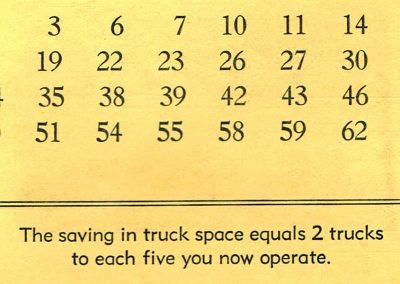 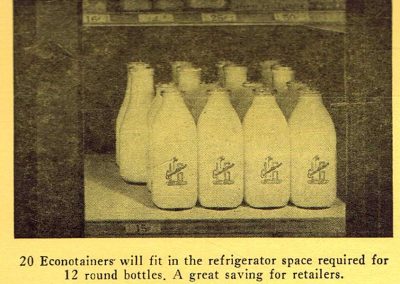 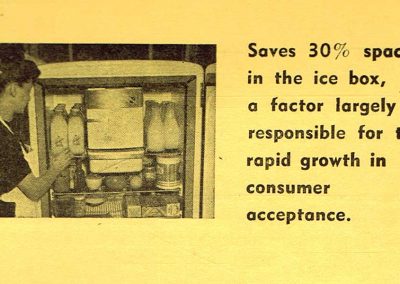 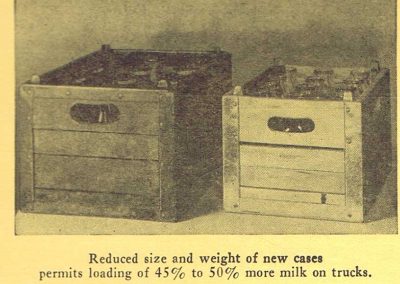 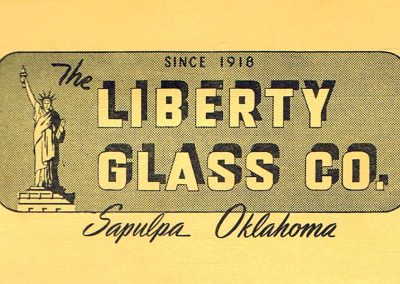 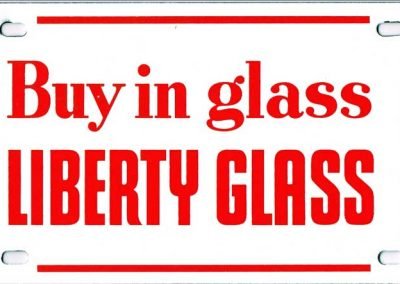