Today’s Museum Monday treasure from the Museum of American Glass in WV is a paperweight made for the Metropolitan Museum of Art by Joe Hamon of Durango, Colorado, and offered their Christmas 1988 catalog. It is embossed “MMA” on the bottom. This paperweight seems to have been offered for only a single year.

The same catalog also showed a perfume bottle made by Joe Hamon, described as a reproduction of a 19th century piece. The perfume continued to show up in MMA catalogs until as late as 2004. It is carbon stamped “MMA” on the bottom.

Also in this catalog was a reproduction of a late 18th century Bristol bottle, made by Mr. Hamon. It has a rough pontil and is signed “MMA” on the bottom. It also appeared in the spring 1989 catalog. 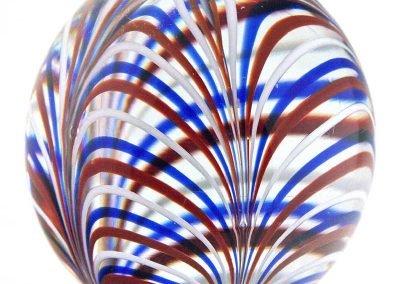 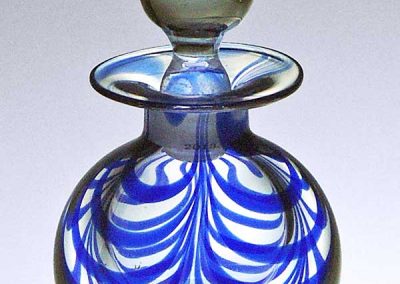 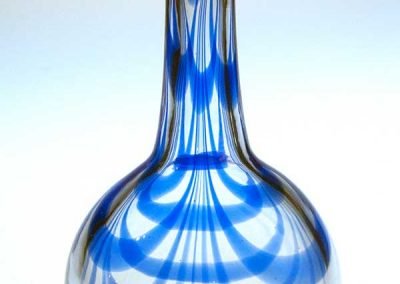 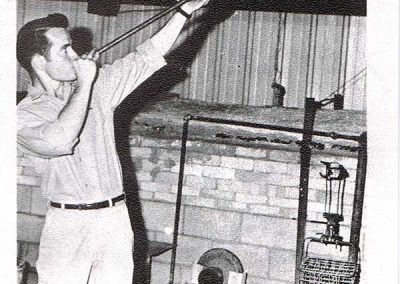 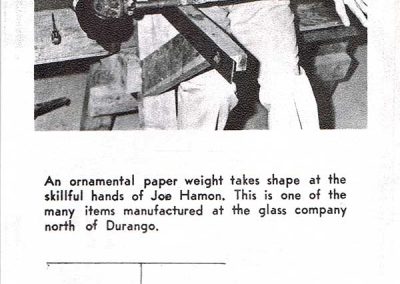