Today’s Museum Monday treasure from the Museum of American Glass in WV is a framed photograph of the employees in the Order Clerk Department of the Fostoria Glass Company in 1935. These smiling faces are the men who would have seen to it that orders were shipped promptly, little knowing that in just a very few years many of them would probably be off to War, with their jobs probably filled by women. But in 1935 they were gainfully employed, despite the economic difficulties brought about by the Great Depression. I love the way they’ve been so carefully posed. All of the men in the front row have their ankles neatly crossed, their hands resting in their laps. The men in the back rows mostly stand with hands behind their backs, a stalwart and handsome crew. I wish we knew their names and what became of them – they are just as important a part of the heritage of glass manufacture in the United States as the glass itself. 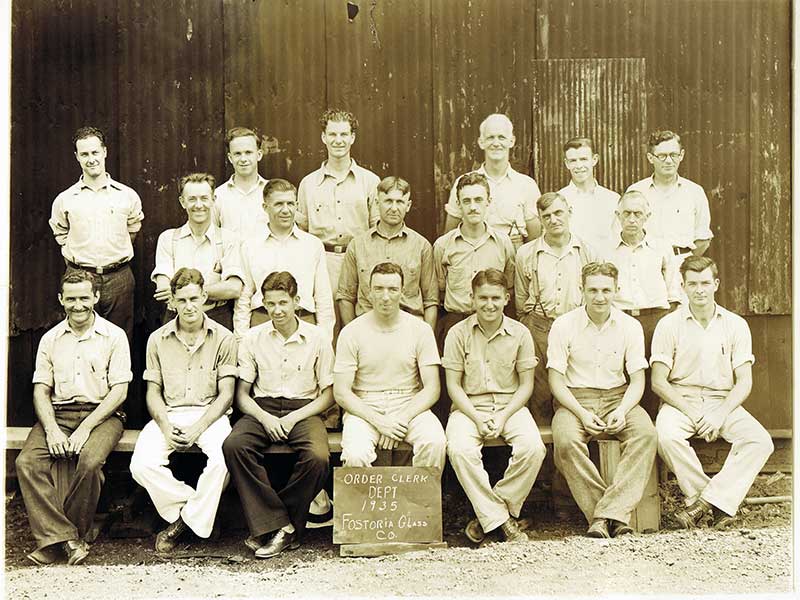