Today’s Museum Monday treasure from the Museum of American Glass in WV is a set of four tumblers in the Down Memory Lane series, celebrating great Broadway composers. The composers honored are George Gershwin, Irving Berlin, Cole Porter, and Harold Arlen. The decoration in gold on black consists of lists highlighting each composer’s most important songs. We have no idea who made this set – or why. Was it just for music lovers who would wax nostalgic while they drank their hiballs, remembering the shows and tunes that took them back Down Memory Lane? Was it for a trade organization, commemorating these four giants in the field of music? It’s a fun set, so it doesn’t really matter. The tumblers are 5 ½” tall and probably date from the 1950s or 1960s. 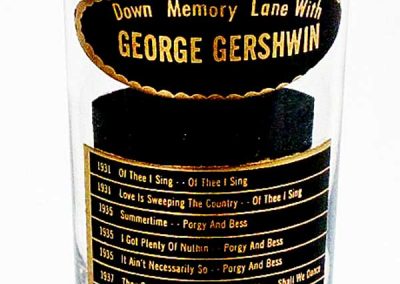 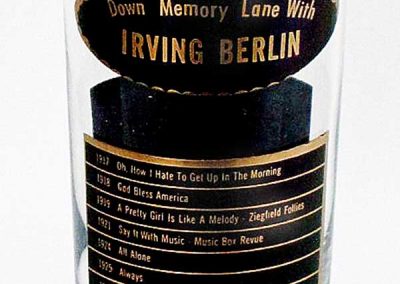 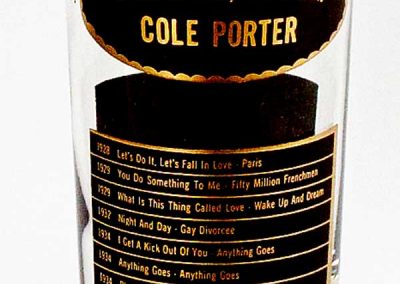 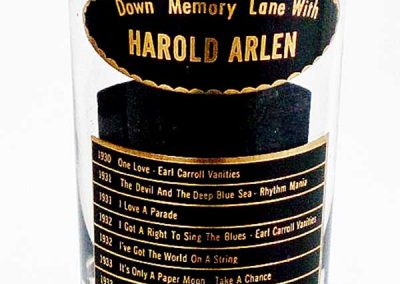