This week’s Museum Monday treasure from the collection of the Museum of American Glass in WV is an envelope. So, what’s so important about an envelope? Think about the hundreds – actually, thousands – of glass factories that have existed in the United States over the years. What if this scrap of paper is, in fact, virtually the only documentation that a factory named the Champion Glass Works ever existed? That’s a small piece of our history that might never be told if someone hadn’t held onto this envelope from Shinkle & Livingston, proprietors of The Champion Glass Works, Corner Greenup & Powell Streets, Covington, Ky. Office & sample room, No. 46 Vine St., Cincinnati, O. Who were O. P. Shinkle and W. C. Livingston? A search of the local histories that proliferated in the late 1800s might reveal the answer, but they certainly didn’t make it into any of the histories of American glass manufacture.

Advertisements appeared in Cincinnati newspapers in 1866 stating that “The Champion Glass-works are now manufacturing, and keep constantly on hand and for sale, ale, mineral, lemon syrup, hock, wine flasks and brandy bottles, also, all kinds of druggists’ prescription and packing bottles, demijohns, carboys, and every style and variety of pickle and fruit jars,” with “particular attention paid to private molds.” Other ads that same year mention “all kinds of green and ruby glass-ware” and offer to pay top money for black and green broken glass, to be used as cullet. Sounds like they were doing pretty good, doesn’t it? Then, a year later, it was announced that the factory would be sold at auction. V. Shinkle purchased the works on August 6, 1867 (presumably a relative of O.P., mentioned above), with later newspaper notices indicating that a church was using the building to present educational and inspirational programs to the public. So ended someone’s dream and an otherwise unknown chapter of our glass history.

Postscript: The Champion Glass Works was mentioned one more time in a newspaper report late in 1867 when a young blood challenged another to a duel to be held on the factory grounds. The seconds had it all arranged when word got out and the dueling party was forced to disperse without a shot being fired. 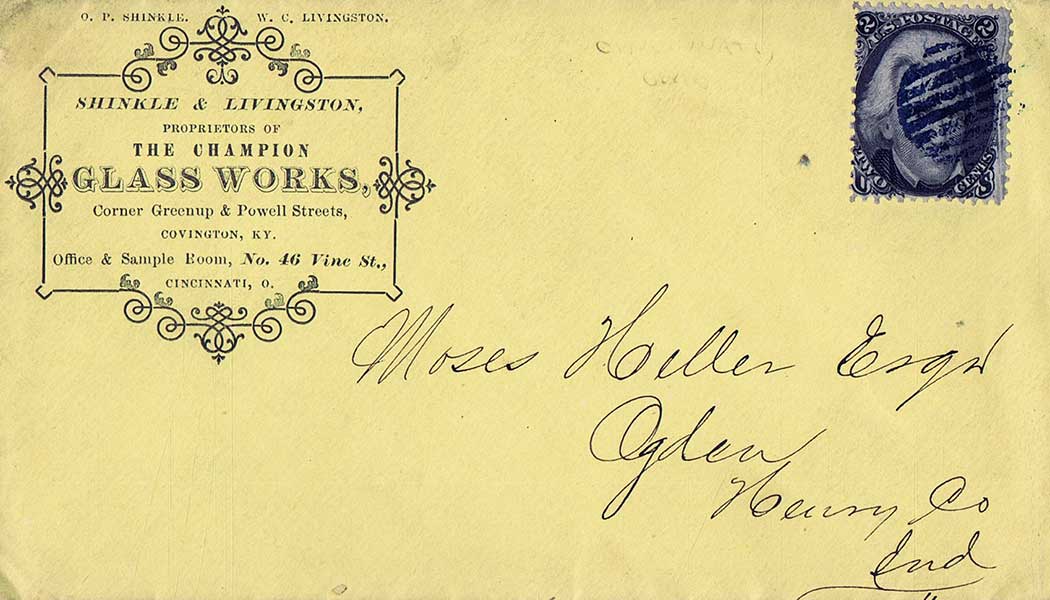