Today’s Museum Monday treasure from the Museum of American Glass in WV is a tray with the Ceraglass Company’s Etruscan Frieze decoration. What do you get when you mix classical with mid-century? Exactly what you are looking at! The pattern features Greco-Roman figures toasting one another with wine, while some of the party goers loll upon couches in what might be described as discreet decadence – originally described in advertisements as Sybarites (look that one up in your Funk & Wagnalls) “living it up” in the tasteful, colorful, and sophisticated new pattern. The black tray is almost certainly a Houze blank, since Ceraglass was a decorating company who bought pieces from many different companies. The pattern was new in 1957 and was still being advertised in 1962, available in blue, white & gold, or Terra-cotta, brown & gold.

The pattern was available in many pieces. As can be seen, our collection also includes coasters, a tumbler, and a cocktail pitcher with roly polys. A cocktail shaker, ice bucket, and most sizes of drinkware glasses were also offered. The tumbler is signed “Cera.” (Note to those of you who want to collect this pattern or any of the other wonderful Ceraglass offerings: when you search on eBay look for “Cora,” since many sellers misread the signature.)

As the name suggests, Ceraglass specialized in fired-on ceramic decorations, very often highlighted with 22- or 24-karat gold. They made many, many different patterns, more of which can be seen in our virtual museum. Ceraglass operated from 1951 until as late as 1990, by which time they were decorating plastic wares as well as glass. 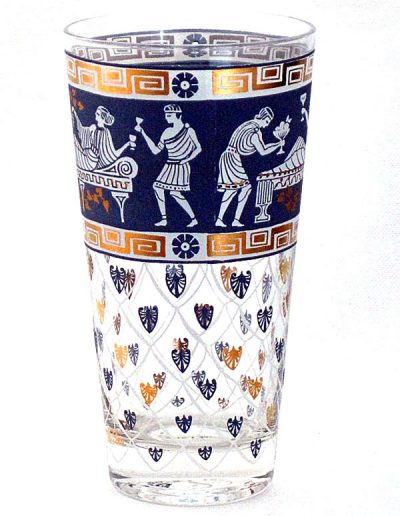 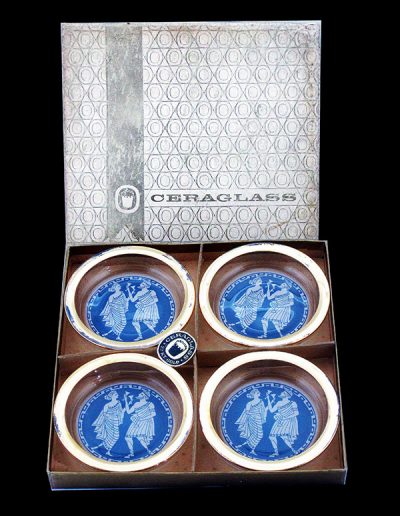 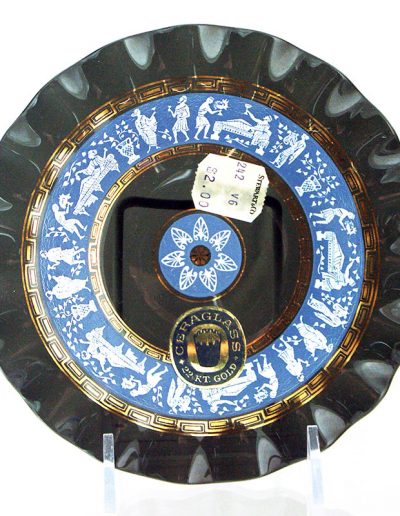 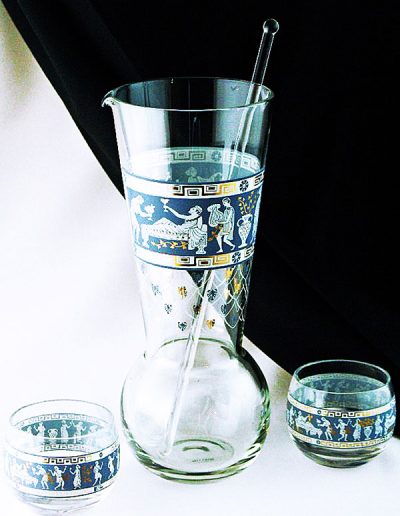