Today’s Museum Monday treasure from the Museum of American Glass in WV is a pedestal compote in the Brockway Glass Company’s Nouveau pattern in the original packaging. The pattern was described in a catalog as “Brockway’s distinctive design reminiscent of the art deco of the 1930’s” – and while the avocado color is a dead giveaway that this piece is from the 1970s, you are forgiven if at first glance at the crystal ice bucket you confuse it with the Cambridge Glass Company’s Caprice pattern. Nouveau was introduced in 1976 and was still listed in the 1978 Brockway catalog, the last one put out by Brockway before the Clarksburg plant was sold to Anchor Hocking. In addition to crystal and avocado, the line was also offered in gold (amber), and included an unusual square vase, salad bowls, cake plate, chip ‘n’ dip set, tumblers, and possibly other items.

Considering that the Clarksburg factory was originally home of the Hazel-Atlas Glass Company, which then became the Hazelware Division of Continental Can Company, before being acquired by Brockway, it is not surprising to learn that the brand new pattern was designed by long-time Hazel head designer, Kay Herpel. We have copies of all of her original drawings of this line from 1975 in our archives, including some pieces that may or may not have gone into production. 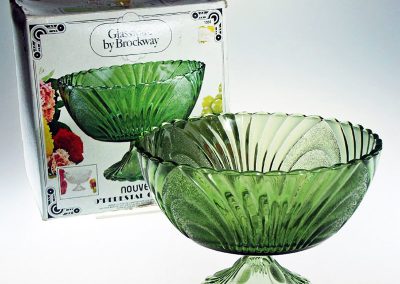 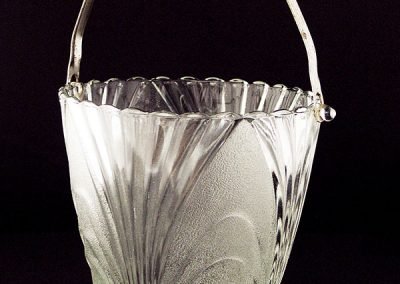 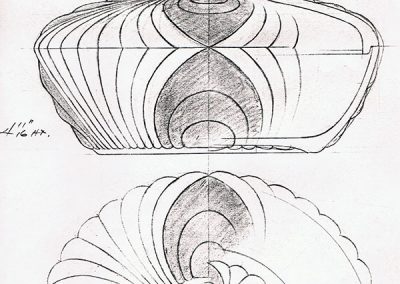 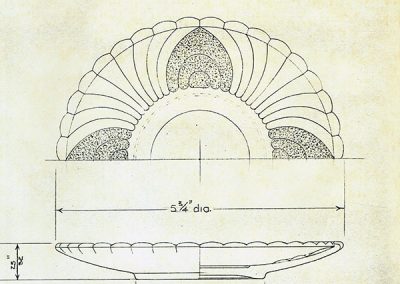 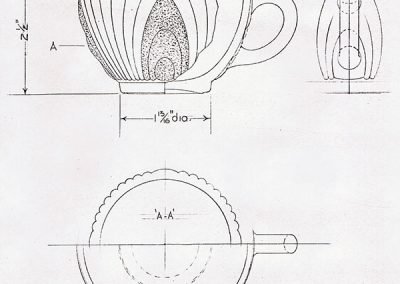 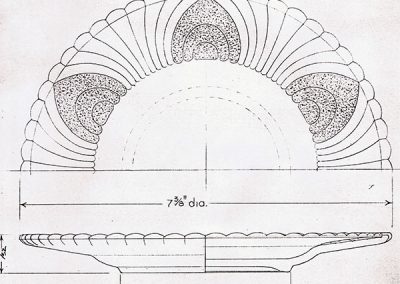 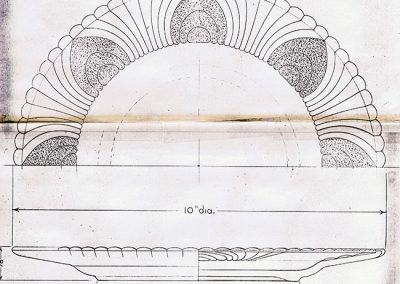 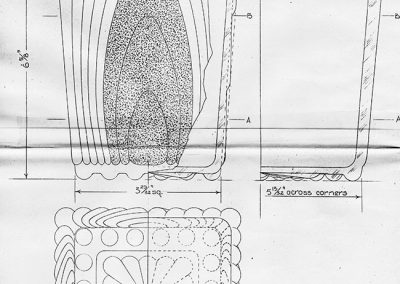 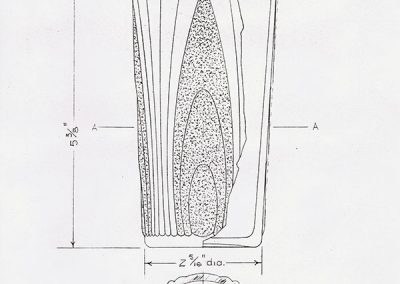 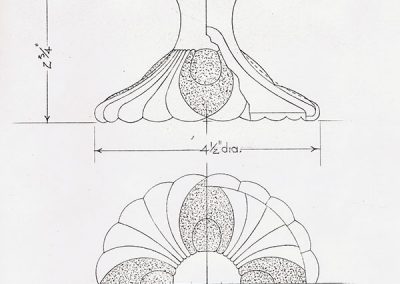 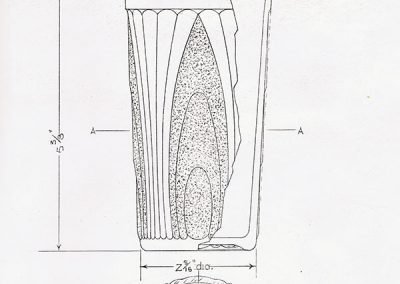 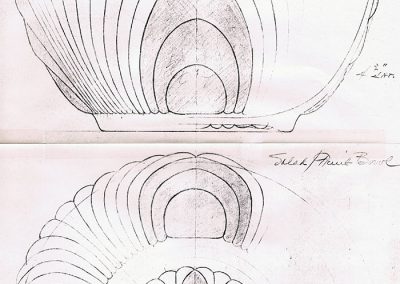 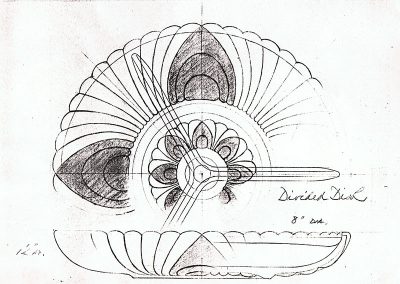 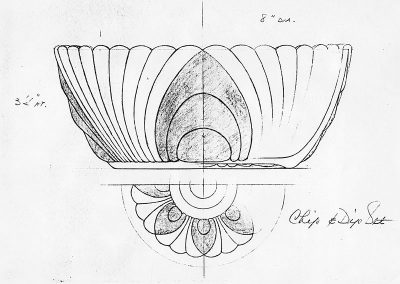 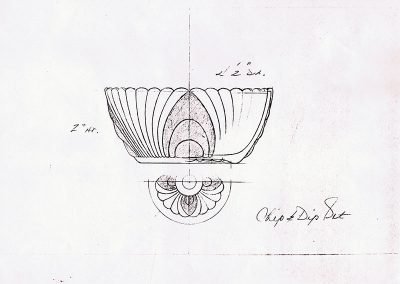 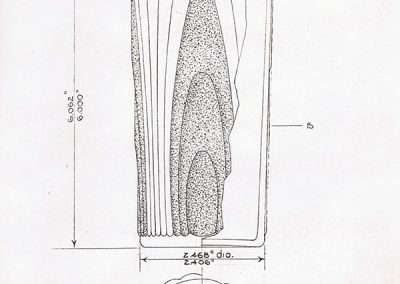