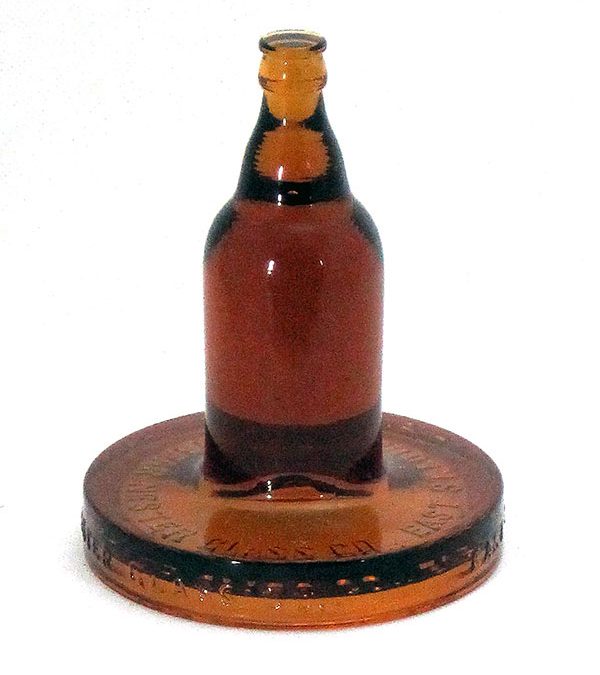 Today’s Museum Monday treasure from the Museum of American Glass in WV is an advertising paperweight in the shape of a bottle. It is embossed around the base, Obear-Nester Glass Company, East St. Louis, Ill. One thing that I love about MAGWV’s collection is our ability to tell the stories of glass companies that I would bet the majority of collectors are completely unaware of. Obear-Nester is a great example. Unless you are into bottles, my guess is that most of you didn’t even know that St. Louis had a glass factory, let alone one that existed for some 87 years. Originally established by Thomas J. Obear in 1891, it became the Obear-Nester Glass Company in 1894 when three brothers, Joseph, Fred, and Michael Nester, became partners. The factory operated until 1978, offering hand-blown bottles in its earlier years and then switching to machine-made bottles for the remainder of its existence. This little 3 ½” high, 2 ¾” diameter paperweight could date from any point during that period.

The concern ultimately became quite sizeable, as can be seen from the letter dated December 14, 1928, from our archives. It has a wonderful vignette of the factory. You’ll note that Joseph Nester, one of the brothers, is president (a position originally held by Mr. Obear), while another Joseph Nester is vice president and general manager, probably a nephew. The letter, curiously, has little to do with glass, dealing with a potential purchase of warehouse brooms, both straw and bamboo.

And while we look at items from our archives, the next picture is of a ledger labeled “Factory History,” a fascinating register of factory shutdowns and repairs from 1936 to 1964. We also have an invoice from 1937 for amber export beers sold to the Cape Brewing Company, Cape Girardeau, Missouri.

And, of course, we do have a few Obear-Nester bottles in the collection. The first one is for a medicine bottle embossed on the front: “SWAMP CHILL AND FEVER TONIC.” The left side panel has: “MORRIS MORTON DRUG CO.” and the right panel reads: “FORT SMITH, ARK.” This tonic was advertised as a treatment for “colds, chill, poor appetite, and run-down condition,” as well as “malaria and every kind of fever and ague,” claiming that it “regulates the bowels, enriches the blood, improves the appetite, purines the system, quickly and completely freeing you from the dreaded malaria germs.” This classic example of quack medicine was marketed from 1917 until 1940. This 6 ¾” bottle is just marked with a simple N on the bottom, a mark that was primarily used in the 1920s.

Our last two bottles are much later. Our whiskey bottle is embossed with an elaborate CD Co. logo (or maybe it’s DC Co.?) I’ve not found a distillery that used this logo, so if anyone recognizes it, please let me know. It is vaguely similar to the trademark used by the Crown Distillery Company, that that always has an accompanying crown. This bottle was made in 1972 and has the more commonly found N in a square mark on the bottom. It is 10 ¾” high.

The final bottle is a “Barrel of Beer.” This bottle was made in 1973 and the bottom indicates that a patent was pending, but I was not successful in finding it, so don’t know if it was ever granted or not. This one was made for Joseph Huber Brewing Company. It is 5 ¼” high. 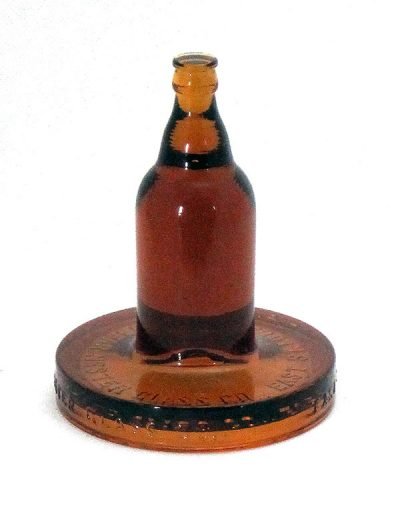 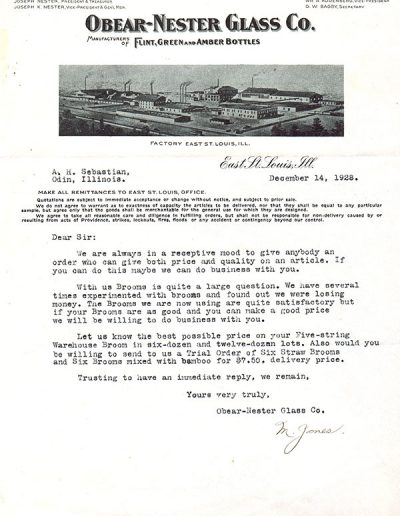 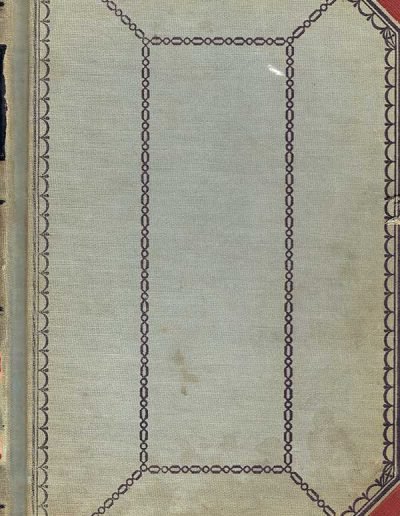 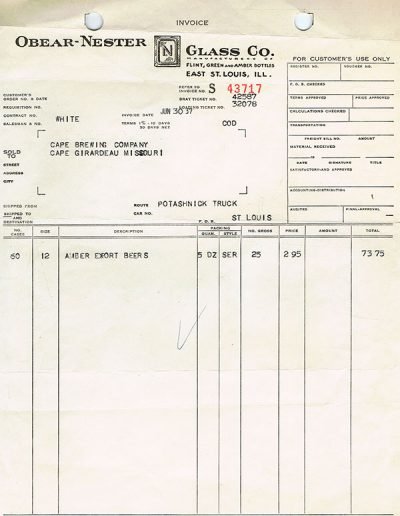 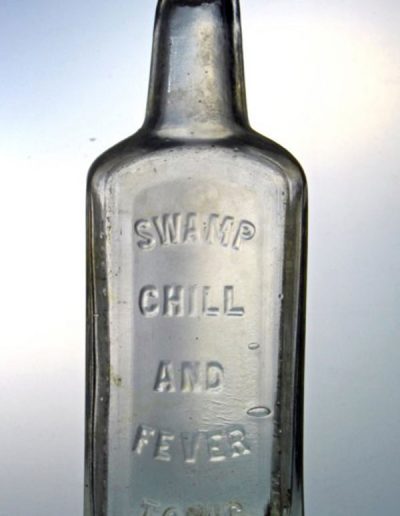 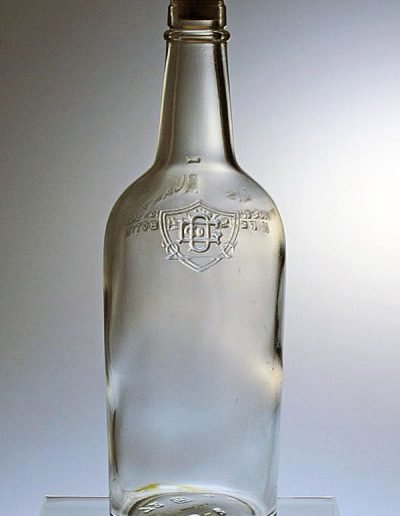 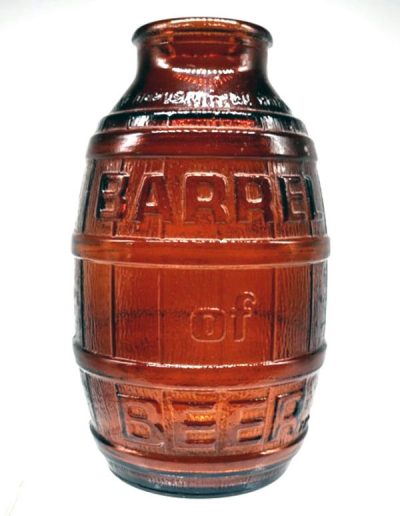