Today’s Museum Monday treasure from the Museum of American Glass in WV is a very unusual poultry feeder. It is the Anderson Box Company’s No. 540 Sana-Fount chicken waterer. It stands 9 ¼” high and is 9” in diameter, which makes it a pretty impressive addition to a chicken coop, in comparison with other more commonly found chicken waterers. It is marked on the bottom: “PATT. APPLIED FOR.” A design patent for the base was filed February 7, 1941, and approved May 6, 1941, with the designers given as Max T. Bentzen and Jacob F. Niggeler, of Minneapolis, Minnesota.

More commonly seen is the smaller No. 569 base, without the fancy top, since it could be used with any fruit jar and would work just as well. It is 5 1/2” in diameter. The example in the second photograph has an Illinois Glass Company Presto Supreme Mason fruit jar on. The fruit jar is from the 1920s, so predates the waterer by a couple of decades, an example of an old jar thriftily being put to alternate use.

The H. D. Hudson Manufacturing Company chick waterer in the third photograph is a variation on the theme. In this case the vessel that was filled with the water (or feed) rested in a clamp-on metal holder. 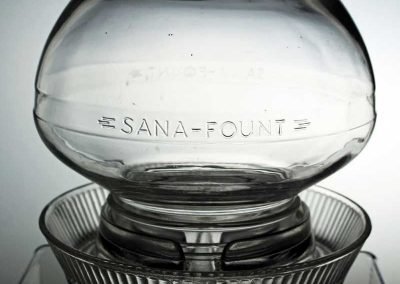 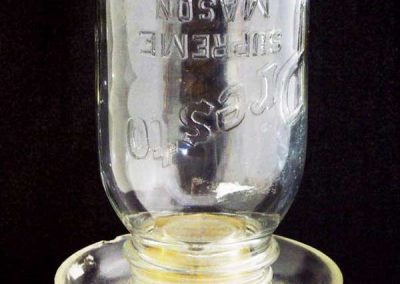 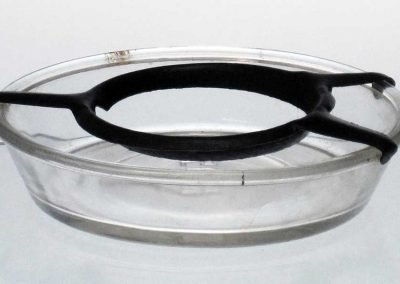