Today’s Monday Morning treasure from the Museum of American Glass in WV is an Akro Agate Company No. 804 Treasure Trunk dusting powder jar in orange marbleized. This example has great color, swirled on the lid as if deliberately. But as collectors of Akro’s slag pieces know, the distribution of color is completely random. A second box in our collection is white with brown marbling – and as you can see from the pictures, most of the color is actually inside the box.

Other cosmetic containers from Akro Agate include the No. 647 Colonial Lady puff box, which we have in both blue and white opaque. They also did a No. 649 Scotty Dogs puff box, with our example being in green marbleized. This is not a color previously seen for this piece, so this may be experimental, possibly one of a kind. Has anyone else seen the Scotty Dogs in this color?

Also from Akro is the No. 334-333 powder puff box in ivory, with pastel decoration. A label on the bottom reads: “ORLOFF / ATTAR of PETALS / Formula for Sorcery / Face Powder … DISTRIBUTED BY / Jean Vivaudou Co., Inc., N.Y. / MADE IN U.S.A. / NET WEIGHT 4 OZ.” Advertisements in our archives document that these containers were made in the 1940s. The advertisements seen here are from 1942 and 1946, respectively. 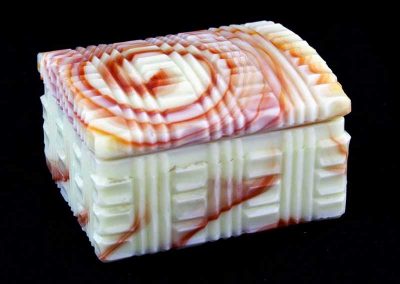 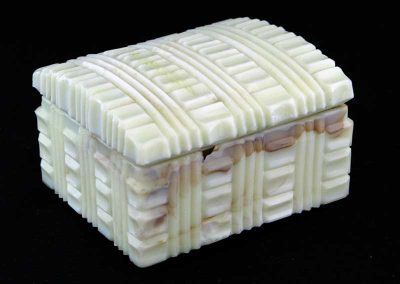 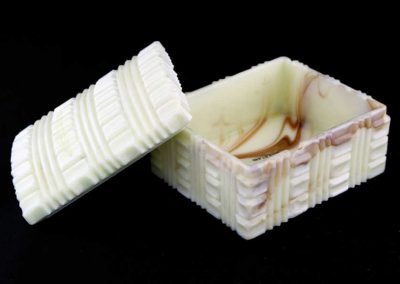 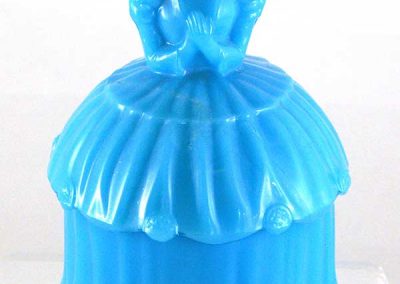 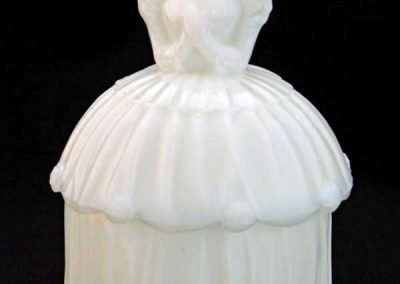 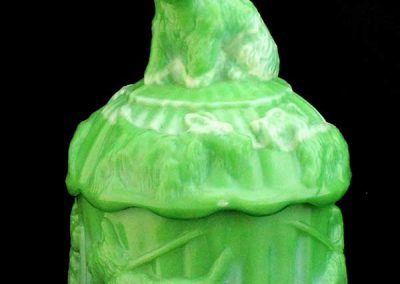 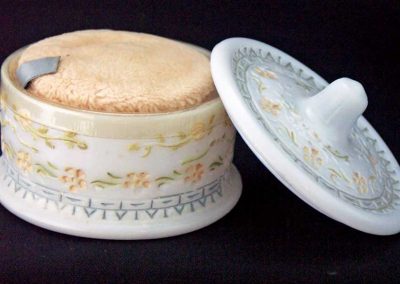 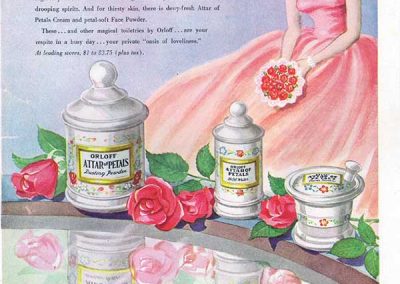