After the Parade Vase by Kelsey Murphy

Today’s Monday morning treasure from the Museum of American Glass in WV is a cameo carved vase by Kelsey Murphy entitled After the Parade. It is milk glass, cut to cobalt, with a satin finish. It is 8 ¼” high. It depicts two children with American flags on one side and hollyhocks on the other. It was made for Martha McEnally, from a photograph of her children on the Fourth of July. Two additional vases were carved as prototypes that did not go into production. It is signed on the bottom: “701151 / Kelsey/Bomkamp / After the Parade / Made in Heaven.” It was carved by Kelsey Murphy & Robert Bomkamp. Happy Fourth of July! 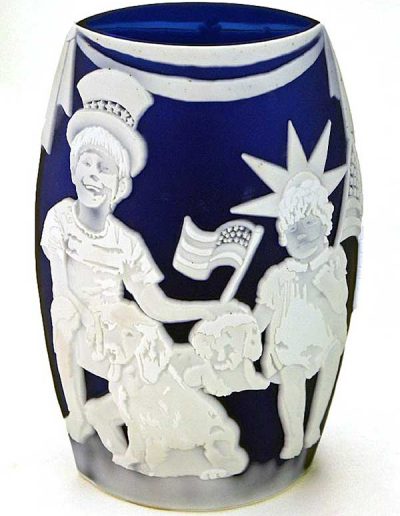 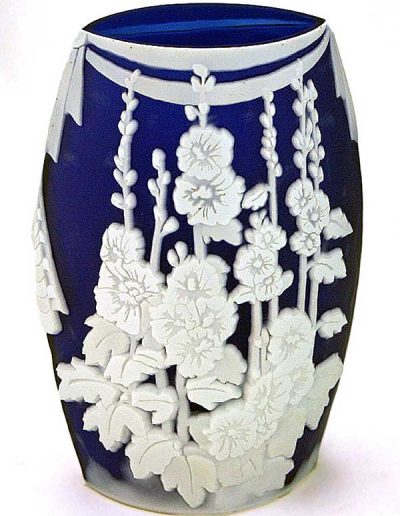