Today’s Monday morning treasure from the Museum of American Glass in WV is a small collection of ephemera from A. G. Smalley & Company in Boston. One of the letters indicates that Smalley was established in 1866 and that’s sort-of true. Lovell & Smalley show up as glass manufacturer agents early on and A. G. Smalley seems to have been involved with a couple of other concerns before becoming a partner of E. A. Buck. Our first invoice lists A. G. Smalley & Co., “successors to E. A. Buck & Co., manufacturers of druggists’ glass ware and shop furniture, demijohns, bottles and flasks,” with a factory in New Jersey. The broadside in the third image shows an image of the factory, so it appears that early on Smalley actually had control of a factory. Through most of the company’s existence, however, they were probably more accurately described as jobbers, acquiring the products they sold from various manufacturers (including imported goods). The letterhead in the fifth image includes a vignette of men blowing glass, but is addressed to Chas. Yockel, the mould maker, concerning a mould that was being worked by the Bodine-Thomas Glass Mfg. Co. As late as 1909, the last in our series of documents, Smalley continued to describe themselves as glass manufacturers, offering the Royal fruit jar, with the note that “These jars are not the machine-made but the HAND-MADE, same as we have sold for years and given satisfaction; made by Union Blowers.”

Shortly after this, in 1911, the firm once again changed name, becoming Smalley, Kivlan & Onthank. Under this name they continued to operate until around 1918. Our collection also includes some of the fruit jars offered by Smalley under these various incarnations. 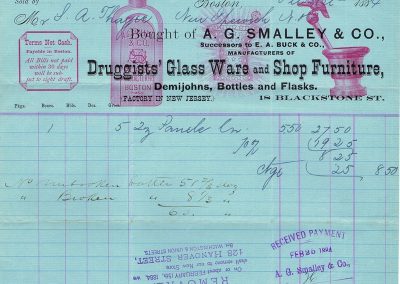 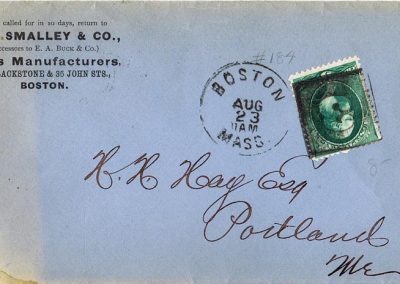 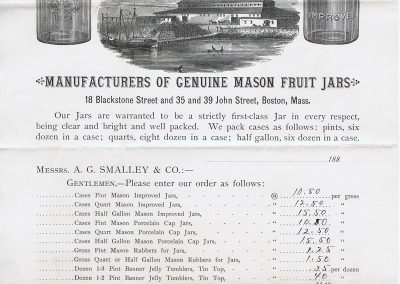 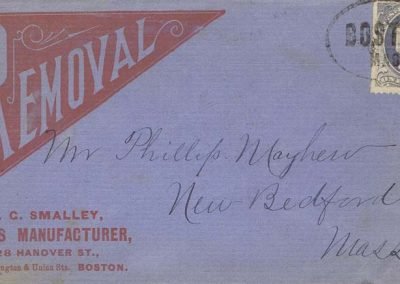 Figure 4. Envelope from A. G. Smalley, glass manufacturer, 128 Hanover St., bet. Washington & Union Sts., Boston. A triangular banner is in one corner, reading “Removal.” Smalley moved to Hanover Street in 1885 and remained there until 1888. 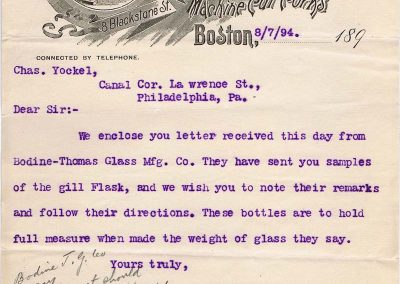 Figure 5. Letter from A. G. Smalley & Co., manufacturers & jobbers of vials & bottles and machine cut corks, 8 Blackstone St., Boston, 8/7/94. The letterhead includes a vignette of men blowing glass. Addressed to Chas. Yockel, Philadelphia, forwarding a letter from Bodine-Thomas Glass Mfg. Co., relating to a mould for a gill flask. A hand-written response appears at the bottom of the letter. 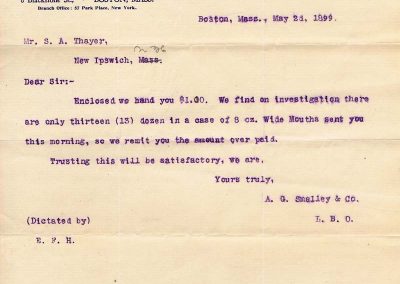 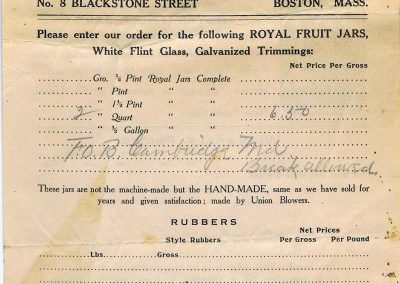 Figure 7. White flint glass contract for 1909 from the original A. G. Smalley & Co., Inc., glass manufacturers, No. 8 Blackstone Street, Boston, Mass. Spaces appear for ordering Royal fruit jars in white flint glass with galvanized trimmings, with the note that “These jars are not the machine-made but the HAND-MADE, same as we have sold for years and given satisfaction; made by Union Blowers.” 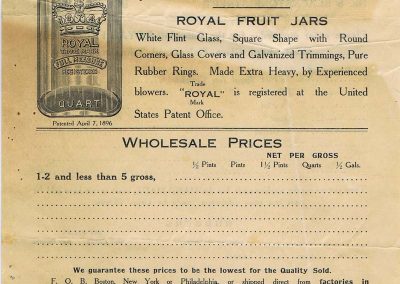 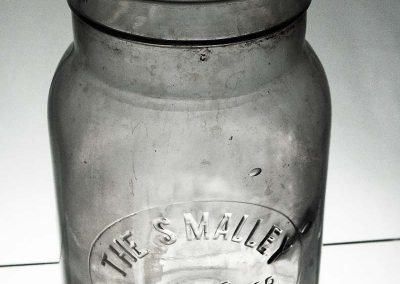 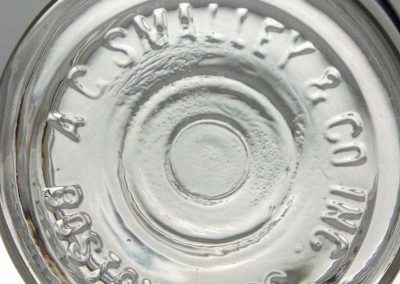 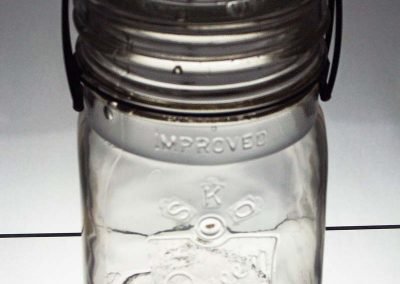 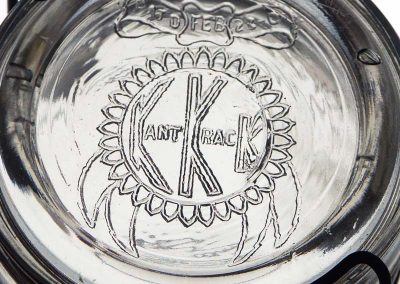 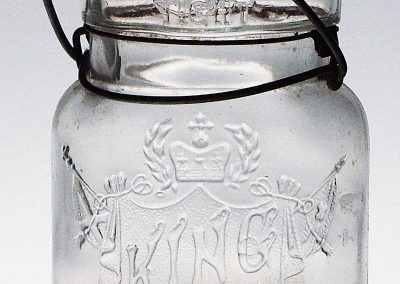 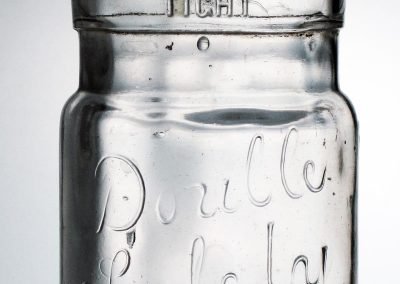